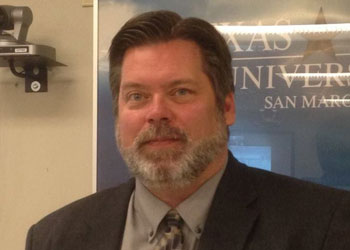 Robert T. Tally Jr. is an associate professor of English at Texas State University, where he teaches American and world literature, criticism, and theory. His books include Fredric Jameson: The Project of Dialectical Criticism (2014); Poe and the Subversion of American Literature (2014); Utopia in the Age of Globalization (2013); Spatiality (2013); Kurt Vonnegut and the American Novel (2011); Melville, Mapping, and Globalization (2009); and, as editor, The Routledge Handbook of Literature and Space (2017); Ecocriticism and Geocriticism (with Christine Battista, 2016); The Geocritical Legacies of Edward W. Said (2015); Literary Cartographies (2014); Kurt Vonnegut: Critical Insights (2012); and Geocritical Explorations (2011). The translator of Bertrand Westphal’s Geocriticism (2011), Tally is also the editor of the Palgrave Macmillan book series Geocriticism and Spatial Literary Studies.

Abstract: The story is told of a company of soldiers, hopelessly lost in the Alps during a severe snowstorm. One of the soldiers has a map, which they use to find their way safely back to camp, but when their commander asks to see this life-saving artifact, it turns out to be a map of the Pyrenees, not the Alps! The lesson may be that even false starts can lead to the right places, or, in Miroslav Holub’s words, “life is on its way somewhere or other,” but another is that we must have a map, any map, in navigating, even imagining, our world. In our fundamentally topophrenic condition, in which placemindedness is hauntingly inescapable, even as a comforting sense of place becomes more difficult to achieve, the cartographic imperative governs nearly all of our imaginative activity. Fredric Jameson has suggested, for example, that however one feels about cognitive mapping as a concept, in practice we do it “all the time anyway without being aware of the process.” We are always mapping and remapping the world, our place in it, and other spaces in relation to these places. In so doing, we imbue these places with meaning, marking them as loci of interpretation, the traditional bailiwick of literary studies. In literature, the notions of space, place, and mapping are crucial to the poetic or narrative experience, and the spatial imagination informs all literary texts, from the perspective of both the writer as literary cartographer and the reader, who deciphers the literary map’s codes and figures. In this presentation, Dr. Robert T. Tally Jr. will discuss the ways that a figural mapmaking activity is indispensable to any literary project, and he will argue that the literature and literary studies offer privileged sites in which to fortify and extend the spatial imagination, which in turn is all the more valuable in giving form to the disorienting and shifting spaces of the twenty-first century.