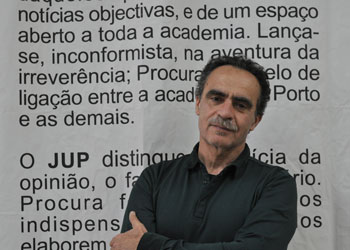 Álvaro Domingues (1959), is a geographer with a PhD in Human Geography, and Associate Professor at the Faculty of Architecture, University of Porto (FAUP), where he teaches MA and PhD courses. He cooperated with Porto 2001 – European City of Culture, between 1999 and 2000. He is a researcher at CEAU-FAUP, the Centre for Architecture and Urban Planning Studies of FAUP. He teaches in the PhD in Architecture of Contemporary Metropolitan Territories of ISCTE in Lisbon, and in the MA in Architecture of the University of Minho. His publications include Território Casa Comum (with Nuno Travasso, FAUP, Porto), A Rua da Estrada (Dafne, Porto), Vida no Campo (Dafne, Porto) and Políticas Urbanas I and II (with Nuno Portas and João Cabral, Fundação Calouste Gulbenkian, Lisbon), Cidade e Democracia (ed. Argumentum, Lisbon).

Abstract: When I started learning geography, the main media of knowledge were texts and maps. I did not know whether that was the same as literature and cartography. It appears they are. Among other works, at the time one read Orlando Ribeiro’s Portugal, o Mediterrânio e o Atlântico, with a way of writing which, without renouncing conceptual accuracy, is profoundly literary as it allows things to have all the reality that fiction is capable of building. In maps there was poetry. I was certain of that. It was also said that the object of study of geography was landscape, territories in continuous social construction where one read the relationships with the physical environment, the colour of the land. Painting, I thought, like maps. In the end I found myself reading travel literature and trying to grasp representations and imaginaries about regions, and I once more realized Seara de Vento was a book about the political landscape of Alentejo. A long time after that, I wrote, photographed and resorted to literary texts in order to explain A Rua da Estrada and Vida no Campo. More than taxonomies and disciplinary compartmentalizations, what is at stake is the construction and communication of knowledge. This is it. Today, the technicians of the scientification of everything believe literature is a distraction. I used to have a canary who thought the same; then he started to sing and healed.